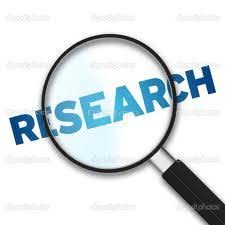 In the final session for 2021 of the “Expanding the research culture of Australian university science” webinar series presented by the ACDS Deans of Science and their Research leaders had a Q&A session with three DVC’s Research:

The purpose of the series of webinars is to allow those responsible for the conduct of Australian university science to explore the ideas and insights of key stakeholders on challenges and solutions for creating a research culture more inclusive of translational research. Australia’s Chief Scientist, Dr Cathy Foley, gave the inaugural webinar.

The following is a brief summary of the questions and responses posed to the three DVCR Panelists in the June webinar:

What are your broad views on the Commercialising University Research Consultation Paper that was released on 26 February 2021? Is this simply revisiting an old narrative, or is it something quite new?

To some extent it is an old narrative, which begins with the premise that “we are not good enough at this in Australia”. However, the reality is more complex than that. There is ample evidence to indicate that Universities have relatively low levels of collaboration with Industry in Australia, and when Industry needs to innovate, they rely on Universities to a much lower extent than is the case across the rest of the OECD. However, it is important to understand that Australian Businesses also have relatively low levels of collaboration with each other. Hence, while Governments tend to assume that this is simply a problem with Universities in Australia, the reality is that it is a problem with our entire national innovation ecosystem. Unfortunately, the Consultation Paper does not recognise this reality; it simply assumes that we can address the problem simply by realigning the University funding mechanisms.

What is new about the narrative in the Consultation Paper is its focus on “Missions”. This is something that has featured less in Australian Science Policy than has been the case Internationally. For example, Missions have been an important driver of US Science and Technology funding. If we consider the innovations and technologies that underpinned the IT revolution, they all came from Innovation “hybrids”, which were multidisciplinary teams with large numbers of partners. For example, Siri arose from Stanford’s collaboration with 25 partner institutions, involving 500 researchers encompassing disciplines such as human-computer interactions, language processing, machine learning, behavioural studies, etc. The original focus was on developing a decision-making tool for military environments, but the implications and outcomes of the commercial/civilian applications have been transformational. Such Mission approaches have led to many successful commercial outcomes in the USA.

A similar approach is now part of EU Policy for its Horizon 2021 initiative.

Rob articulated a similar perspective to Rachel, highlighting the frustrating assumption by Government that Universities are the problem, with no focus on potential levers such as R&D Tax incentives, etc. The Missions-based approach is worthy of exploration.

A challenge for Government is that the R&D Tax Concession is embedded in the Corporate Tax regime, and Governments have instead tried to use other levers such as re-focussing the Block Grant rules to incentivise change within academia. The Medical Research Future Fund has adopted a number of approaches for selecting areas in which to invest, including a Mission-based approach in selected domains, and their approaches are maturing, particularly in terms of funding “known areas”. However, the key success of the US DARPA approach was to catalyse the development of new industries (i.e. industries that did not previously exist) by assembling teams engaged in research that led to outcomes that, in some cases were planned, but in other cases were serendipitous. This was achieved by assembling teams embodying diverse disciplines and diverse perspectives.

The structural elements of the Australian economy are still challenging. For example, how we engage with the SME community (which is struggling to maintain its viability before it even begins to consider how it might engage with research providers) is an important aspect of the unique Australian innovation ecosystem that has not been adequately addressed.

There has been much international commentary about such issues. An important perspective is that there must be return-on-investment targets imposed on those providing research outcomes. Achieving the balance between “blue sky” and near-term/potential future impacts is a key discussion point. An “enlightened” science/innovation ecosystem would enable both discovery research and translation pathways to co-exist.

mRNA vaccines are an overnight success on the back of 30 years of publicly funded research.

Retaining discovery-based science to underpin an innovation ecosystem is important. In the 1980s, when François Mitterrand was President of France, he travelled to Silicon Valley to identify aspects of their success story that might be applicable to the growth of the French innovation system. The Silicon-Valley entrepreneurs informed him that their success was based on the fact that the US system rewarded risk-takers. He was also told by academics that there were decades of publicly funded science underpinning most of the Silicon-Valley success stories – for example, the transformational research that led to new industries based on the internet, biotech, GPS, Siri, touch-screen technology, Google and Google Earth, the computer mouse, etc, was all publicly funded.

The challenge of defining what impact actually means – and then “measuring it” – is important. Commercialisation is only one element of supporting Industry; another is Licensing. Yet another is the contributions that Universities make by simply talking to industry without any formal frameworks in place.

There are multiple pathways through which to generate “impact” and a focus purely on commercialisation greatly under-represents the value of science to the economy. If we do adopt a Mission-based focus for our funding model(s), then it is critically important that we don’t simply focus on the economic outcomes when we are considering and measuring impact. Among others, broader “public benefit” considerations are also an important aspect of any such discussions.

There has been a fundamental shift within University science away from the perspective that working with Industry is “second rate”. However, many academics do not know how to interact with Industry. Some are very good at this, but they are the exception rather than the rule. It is important to identify and nurture such people in academia as critical enabler, and use them to train others.

UQ’s Global Change Institute has employed “Change Brokers” who assemble research teams from across the university to address global challenges and to engage Government, industry and community partners in the research at the beginning rather than at the end. This ensures that the research problems addressed by the team are defined by the perspectives and needs of a broad church of end-users.

Rewards and recognition is an important enabling mechanism that must continue to be developed by university leaders driving change. This drives behaviours and cultural change – particularly if it can be implemented at promotions panels. This is still a work in progress in Australia.

The Melbourne Connect initiative was also mentioned as a model that has been under development for the past decade to create a connected innovation ecosystem The power of co-location for driving discussions and innovation and different ways of thinking is valuable. Initiatives such as this have begun to change culture. For example, Melbourne used to have a medal for academic achievement; they now have one for impact as well.

There is currently a robust discussion within Government on Sovereign Capability, triggered in part by our initial slow response to COVID-19 and our interactions with China. This began in the Defence arena but has clearly expanded to encompass the broader innovation ecosystem. Government is still trying to work out what it means and what is worth supporting.

Fundamental research must remain as an important element of any discussion on Sovereign capability. At one level, this has already been tacitly recognised by Government through the “Foreign Interference” legislation.

It is essential that we do this, particularly since HDR students face a completely different employment landscape than that which we entered. It is important for more HDR students to enter careers in Industry, Government, policy, etc, but that also suggest the need to consider different models for HDR programs and to assess HDR candidacy in different ways. We also need to ensure that HDR students have broader engagement outside of academia as a component of their HDR journeys.

There is a need for us to ensure that our HDR students are aware of the fact that their training equips them to employ their highly-developed problem-solving skills in a broad range of domains that might not be directly related to their narrow academic research.