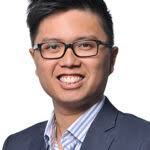 Jonathon Chew, Head, Strategic Insights and Analytics, Navitas was a keynote speaker at the ACDS Annual General Meeting and Conference. His presentation highligted a number of trends including that science depends on international students for almost half of its HDR load and much of its research funding. It is now suffering a significant diminution in capability and competitiveness in international education because of its handling (or not) of the impacts of COVID-19.

View the presentation: Australian University Science on the Global Stage: Trends, Scenarios and Shttps://www.acds.edu.au/wp-content/uploads/Road-to-Recovery-Mark-4-ACDS-AGM-Jon-Chew.pdfhifting Student Preferences. The following is a brief summary of his talk.

Questions from the Floor

Response: China has continued to pursue a zero-COVID strategy, so they have viewed the world through a different lens to others, which includes safety, low-COVID, etc. This might work in our favour, particularly since Chinese students have been slower to re-enter the international education pipeline compared to others. This could be an advantage for us. Also working in our favour is the fact that Canada and the UK also have bad relationships with China at a Governmental level.

In terms of economic levers through which the Chinese Government might try to exert influence on Australia, it is unlikely that Higher Education will be used in such a way, since the Australian Government does not treat HE with the same urgency as (for example) agriculture or mining.