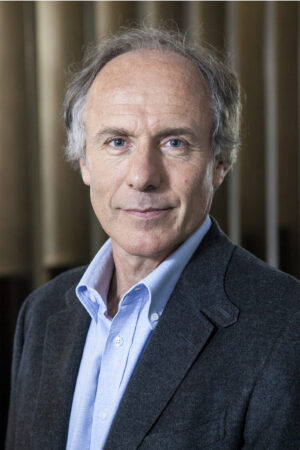 Australia’s Chief Scientist, Dr Alan Finkel, addressed the ACDS Executive by videoconference at its meeting on Monday July 20th. He was invited by Professor John Rice to outline his thoughts on how faculties can respond to the challenges arising from COVID‑19 and increase their links to industry. Several deans or their representatives also attended following a general invitation from the Executive.

Alan noted that the role of university science is still not as well understood or appreciated by Government as much as perhaps it could be. For example, the research sector has responded well to the challenges posed by COVID‑19, but given the numerous urgent priorities faced by the Government during the pandemic, this might not yet be fully recognised.

More needs to be done to bring home to Ministers the importance of research beyond health, both for ongoing knowledge development and for the significant return on investment. And there is a need to articulate clearly for industry the value in engaging with research providers, taking into account the productivity benefits of industry-linked research.

More needs to be done to demonstrate the growing engagement of university science with the community and industry, and also the ongoing negative impacts of COVID-19 on the capacity to pivot research towards engagement.

Alan noted that deans should embrace their role as CEOs, and be innovative, proactive and pursue opportunities. They shouldn’t wait for government or Vice-Chancellors to provide support or direction.  They should commit resources unequally, with the greatest focus being on the most promising research.

Deans could take significant initiatives at Faculty level towards industry engaged research.  Alan advised that industry will not reach out to universities per se because of their overall reputation. Instead, individuals within industry will look to work with the best researchers in the country who have expertise relevant to solving particular problems.

A proactive dean might identify and map the top five skills in their Faculty and seek potential alignment with the needs of potential industry partners. The need to focus capabilities is key. In general, industry is not engaged by broad repositories of expertise of the kind often advertised at a university level. Alan recommends promoting just a handful of research capabilities.  Other research capabilities will benefit from the flow-on interest generated by the promoted few.  He calls that the vortex effect.

Alan observed that we have very few major research partnerships with large multinational companies, as is seen in Singapore, Ireland, India and Israel.  He challenged the Deans to think of ways to attract such partnerships, perhaps through the availability of a discipline specific, highly trained research workforce and facilities.

Alan also believes that there are considerable opportunities for Masters degrees by coursework in science, in particular in areas of commercial-sector interest, such as telecommunications. Full-time courses will be much more attractive to working age people if they are less than one calendar year in duration.  A worker looking to upskill by taking time off will be willing to study more than 40 weeks in the year.  Could these courses be made affordable via institutional based HECS loan schemes?

Alan felt that research PhDs and even research Masters degrees were less attractive to companies, who in general did not yet understand the value of research trained people, and preferred to hire graduates trained in the best cutting-edge expertise from around the globe.

These insights are a sample of those shared by Alan in the course of his address. The executive gained a great deal from them, as did the broader audience who attended.

The ACDS would like to take this opportunity to thank Dr Finkel publicly for sharing his thoughts with us.