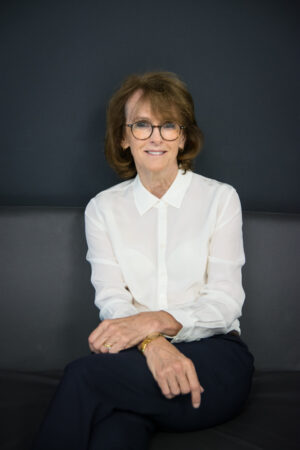 The ACDS is hosting a new webinar series called Expanding the research culture of Australian university science. It is intended to explore how science faculties, who are highly focussed on curiosity led research, can respond to increasing demands for research impact and engagement with research end-users.

The ACDS was delighted to have Dr Cathy Foley launch the series, both because of her role as Australia’s Chief Scientist, and because of her experience of the culture change triggered by the external earnings requirements to which CSIRO was subject from 1988 onwards. One of her firm messages was not to sacrifice good science in response to demands for change.

On the other hand Dr Foley believed strongly that university science should respond to the demands for change, and that the opportunities and rewards for doing so were considerable. She saw science of the past as organised in silos, not merely as disciplines, but as organisations; universities, government agencies and laboratories both state and federal, and industry. She advocated a more ‘ecosystem’ view of science with everyone involved working towards greater interplay and better interfaces between its components.

She believes that CSIRO’s reputation grew significantly in the eyes of the public by developing clear strategic goals and key messages that it could both enact and promote. In the case of university science this is a key role for deans.

Dr Foley also advocated a greater recognition of and reward for diversity in science. She was not talking about gender in this instance, as important as that is. She was talking about the different roles that scientists can play and need to play in the nation’s science ecosystem.

Scientists have shown themselves adept at building teams and articulating differentiated roles when it comes to global projects such as in astronomy, high energy physics or climate science. They need to apply this talent to working with other agencies and industry, developing productive interfaces and recognising the people who make them so.

These are but a few of the ideas and messages that Dr Foley developed during the course of an exciting and insightful webinar. The questions from the audience amplified them and highlighted the buzz in ‘the room’.

The next webinar in this series will be on Friday 25 June (2.00-4.00pm), where we hope to bring you the thoughts of three of Australia’s leading DVC’s Research. Details will be available shortly.